Home/Uncategorized/Deadly Combination: Teen Driver and Teen Passenger in Vehicle Increases Risk of Death in a Crash by 51% for Everyone Involved Jeanette Cassselano
Previous Next 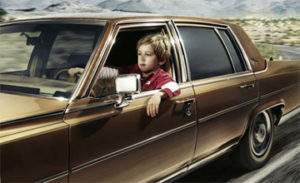 WASHINGTON, D.C. (October 18, 2018) Teen drivers put everyone on the roadway at risk of a deadly crash, especially if they are bringing teen passengers al

ong for the ride. New research from the AAA Foundation For Traffic Safety found that when a teen driver has only teen passengers in their vehicle, the fatality rate for all people involved in a crash increased 51 percent. In contrast, when older passengers (35 or older) ride with a teen driver, overall fatality rates in crashes decreased eight percent. Considering the increased risk created by a combination of teen drivers and teen passengers, AAA emphasizes the need for teen drivers to gain adequate supervised training, especially in different driving scenarios, before taking what could be a fatal drive. In 2016, teen drivers were involved in more than 1 million police-reported crashes resulting in more than 3,200 deaths. Researchers pinpointed that when teens were carrying teen passengers, fatality rates jumped: 56% for occupants of other vehicles 45% for the teen driver 17% for pedestrians and cyclists “This analysis shows that in crashes where teen drivers are behind the wheel with a teen passenger, a larger portion of those killed are other road users,” said Dr. David Yang, executive director of the AAA Foundation for Traffic Safety. “This study also found the fatality rate of a teen-driver related crash increased when factors like speeding or driving at night, were Introduced.”

Teens simply lack experience behind the wheel, which increases the odds of a deadly outcome, not just for the teen driver, but for their passengers and others on the roadways,” said Jennifer Ryan, director of AAA State Relations. “Parents of teens must take this rite of passage seriously by setting and consistently enforcing rules to limit teenage passengers in the vehicle.” Supervised driving – with parents in the passenger seat as the coach – is the first step to teaching teens how to become responsible and safe drivers. AAA offers a multitude of resources at TeenDriving.AAA.com to help coach teen drivers, in addition to these tips: Require teens to log at least 100 hours of supervised practice driving with a parent before driving solo. Begin by practicing driving in low-risk situations and gradually move to situations that are more complex: highways, nighttime, driving in the rain, and on and around challenging roadways (e.g., curves). Allow no more than one non-family passenger under the age of 20 to ride with the teen driver during the first six months of driving. Use slightly different routes each practice session. Practice adjusting speed based on three factors: visibility, on-road traffic and different road “Strong coaching and diversity in practice driving sessions are key when teens have their learners permit. And, once teens have their license, consistent parental involvement is essential.

By Stephen Shaw|2019-03-18T12:59:06-07:00March 18th, 2019|Uncategorized|Comments Off on Deadly Combination: Teen Driver and Teen Passenger in Vehicle Increases Risk of Death in a Crash by 51% for Everyone Involved Jeanette Cassselano