Home/Uncategorized/Progress in Reducing DUI, but Crashes and Death Happens Everyday
Previous Next 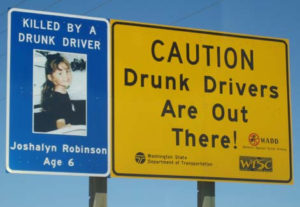 DUI-related deaths fell about 33% in Clark County from 2016 to 2017, and about 45% across Nevada. Its a good trend for Nevada, but the same cannot be said across the county. (Mike Shoro Las Vegas Review-Journal) Still, every day, almost 29 people in the United States die in alcohol-impaired vehicle crashes; that’s one person every 48 minutes in 2016. Drunk-driving fatalities have fallen by a third in the last three decades; however, drunk-driving crashes claim more than 10,000 lives per year. In 2010, the most recent year for which cost data is available, these deaths and damages contributed to a cost of $44 billion per year. When quality-of-life valuations are considered, the total value of societal harm from motor vehicle traffic crashes in the United States in 2010 was an estimated $836 billion, of which $201.1 billion resulted from alcohol-impaired crashes.(NHTSA)  The above are simple numbers. They don’t reflect the pain that families experience when a loved one is lost because of a drunk driver. So how can driver’s behavior behind the wheel be improved. Well, one idea is to have drivers take a defensive driving class once every 2 to 4 years. Doctors, dentist, lawyers, accountants and many other professionals are required to take continuing education classes. Why don’t we required all drivers to take defensive driving classes after receiving their driver’s license. There is nothing more complex for the average American than driving a vehicle on the road. This is supported by the fact that in the US, there are an average 6,000,000 traffic crashes each year. With the improvement in vehicle safe technology and first responder emergency medical skills, tens of thousands of driver will die this year because someone was holding onto the steering wheel. Changing traffic laws and court fines don’t do much to change driver behavior because driving is habit and unless motivated, drivers will continue to do the same risky behavior while holding onto the steering wheel.