COSTS OF A DUI ARREST

Home/Uncategorized/COSTS OF A DUI ARREST
Previous Next

COSTS OF A DUI ARREST

In Nevada, a driver arrested for a typical DUI will pay an average of $10,000 when including legal fees, fines and higher insurance rates. That is an average cost. Some estimates for DUI conviction can exceed $17,000. It the above costs doesn’t include time lost from work due to court obligations, cost of installation and maintanence of an Interlock Device, alcohol counseling and drug testing. Aside from the heavy cost of a DUI expense, there is the cost of hospitalization and/or funerals if somebody dies, which occurs every 48 minutes in the United States. 20% of all traffic fatalities in Nevada involved a driver under the influence of alcohol or drugs. Driving under the influence of Alcohol, Marijuana, or Prescription Drugs can lead to a DUI. While impaired driving fatalities are declining in Nevada, there are still far too many people killed and injured on our roadways because someone made the decision of driving impaired. And even with the declining numbers in Nevada, nearly one-third of crash deaths nationally involve an alcohol impaired driver. Nevada 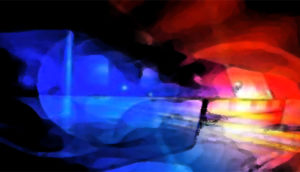 still have lots of work to do.